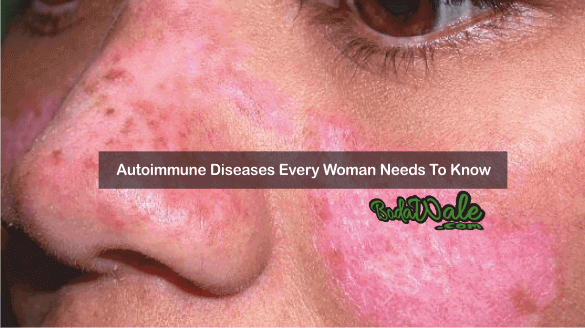 What is an Autoimmune Disease?

Your immune system works around-the-clock. It is capable of recognizing and responding to all sorts of threats by viruses, other bugs, and bacteria. However, an autoimmune disease occurs when your immune system mistakenly begins to attack healthy cells rather than the bad guys.

According to Virginia T. Ladd, President and Executive director of the America Autoimmune Related Diseases Association (AARDA) state: “What makes it an autoimmune disease is the fact that the immune system is producing antibodies against your own tissue.”

In addition, there is a higher number of report cases of autoimmune disease each year. Roughly 50 million Americans are living with the autoimmune disease and 75% are women. Although the reason for this is not exactly clear, hormones are thought to play a role. Also, each autoimmune disease has its own peculiar set of symptoms. However, many share similar features such as joint pains, muscle aches, signs of inflammation etc. Also, fatigue is a major symptom which makes the patient unable to function perfectly. Here are some of the most common autoimmune diseases you need to know about.

Autoimmune Diseases are not always easy to detect

To be sure that it is autoimmune, it requires a lot a concentration. In fact, it is tricky most of the time. When a blood test is carried out; usually the ones that look for autoantibodies, it is positive. However, the downside of this is that not everyone who is tested positive actually has the disease. So, in a lot of cases, testing does not always detect the problem at early stages of the disease. In such a case, doctors have to follow the patient for a while in order for the disease to manifest itself.

Check out:  6 Best Drink When You Are Trying To Quit Sugar

The way people deal with the disease differs. It most often depends on the disorder, how intense it is, amongst other things.

This attacks the skin, blood vessels, joints and/or internal organs causing inflammation. The most common and serious type of this disorder is Systemic Lupus Erythematosus (SLE). In America, at least 1.5 million Americans have lupus and it strikes women more than men. It is even higher with women of childbearing age. A common problem is that it can manifest itself in different ways. One of the most obvious symptoms is a butterfly-shaped rash across the cheeks and nose. Other common symptoms include joint swelling, fatigue, pain, fever and skin rashes on sun-exposed areas. In addition, it can cause anemia, hair loss, mouth ulcers, chest pain when breathing and fingers that turn white or blue when cold.

These affects 7.5 million people in the U.S. This is based on a study by the American Academy of Dermatology. Also, there are so many types of psoriasis. The most common is called plaque psoriasis. This causes red, inflamed skin patches covered by silvery scales. It can also be very itchy and sore. Also, it is very rampant around the elbows, scalp, knees, and lower back. Other types show up on the feet, palm, armpit or folds of skin around the genitals.

Check out:  Tips On Eating The Organic Way On A Budget

It usually occurs between the ages of 20 and 50 affecting at least twice as many women as men. 400,000 Americans and around 2.5 million people around the world are estimated to have MS. In MS, the body’s immune system attacks the central nervous system. This results in damages including multiple areas of scar tissue. It also disrupts communication between a person’s brain and all other parts of the body. Common symptoms include fatigue, muscle weakness, bladder and bowel problems, numbness and tingling and walking difficulties.

Over the past few years, there have been newer discoveries of illnesses and autoimmune disease is also part of it. There have also been a lot more additions to the autoimmune diseases stated here. In addition, you should also see a doctor when you notice these symptoms or when your spouse, sister, friend or anybody around starts to show these signs. Thus, you may end up saving a life by this simple act.

It is also important to be aware of your environment. Although it may not seem helpful enough, making sure that your environment is clean help reduce the risk of other illnesses. In the case where you have a family history, its best to go for checkups. This way, it is easier to keep track and know when it surfaces.