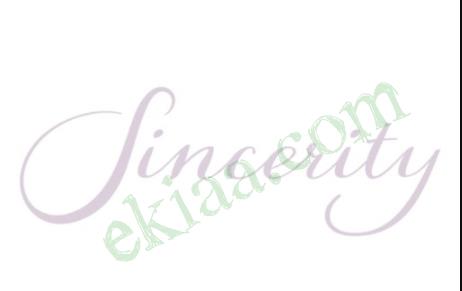 In a simple term, sincerity refers to “the quality or state of being honest or sincere”. However, being honest with a good intention of doing something has so many advantages. Research shows that people who shows sincerity are being kind, truthful and serious in nature. Yet, there are couple of disadvantages of being sincere as you read on.

People tend to trust each other when they are sincere. Therefore we shall be looking at some advantages a sincere person gains in the society.

Credibility is definitely certain for a sincere person. The person gets reputation for impacting the ability to be believed. Example is an office setting, coworkers will definitely vouch for him or her since they believed in the person’s honesty. More also in a relationship, couples won’t have issues with each other ones there’s sincerity. Therefore, there won’t be need for insecurity.

This is mostly common in the working sector. Job security is something which plays on every employee’s mind. Assuming there’s a problem in an office, let’s say theft. A sincere person who’s already known in the work place will be the last person on everybody’s mind. Not because of anything else but his or her honesty at the work. This also ensures security in a relationship, where there won’t be room for insecurity.

Check out:  Sticking To Your Year's Resolutions Till The End

Sincerity reflects in one’s drive to achieve his essential undertakings regardless of what the circumstance is. When you build up the notoriety of conveying the outcomes and fulfilling undertakings, your peers build up a specific confidence. Which is therefore extremely valuable in itself.

Some do believe that sincerity is not always a good policy. These disadvantages also shows how nightmarish our reality is. Here we shall be considering those grounds of disadvantages;

Since people around an honest person knows he or she is always honest, the person will be taken for granted. They believe they’re always satisfied with anything pushed to them. Some organizations where these people work, sometimes doesn’t give them promotion. Because they believe they are satisfied already due to their honesty.

Rejection in an interview

This occurs mostly when questions are being asked in a job interview. For the sake of getting a job, many people tell lie. Most especially when they’re asked about things they can’t do, they say they can. This is because they want to secure the job. But a sincere person will definitely say “no”. This is because of his conscience that what if he is taken and unable to fulfill the skills required. As a result, honesty fails and the honest person gets rejected.

Check out:  Life Principles to Live By Everyday

People always speak about honesty and truth in a relationship. But, this honesty in a relationship can also make you vulnerable. For example, if you have a habit of drinking alcohol occasionally. You might tend to hide this from your wife and family members at home. But, an honest person will never say lie. Rather, he would speak the truth. As a result, the relationship turns sour with argument. Even, you will be reminded about the previous incident about which you have been open and honest.

Sincerity in some people are sometimes hated by other people. This is because honest people are always before saying the truth which most people don’t welcome. For example, when an honest politician says the truth to his people, he become hated by his fellow politicians. Not because of anything else but their greedy behavior in exploring citizens.

In general, sincerity is actually a good behavior that people should always cultivate the habit. Being sincere makes one stand out tall in the society. As this makes people live freely with each other without fear of trust. Therefore, sincere people are being regarded to as serious, truthful and kind people in the society.